With many thanks to David Knight, nCloth guru, I present his method for blending two nCloth caches on a per vertex basis. You can have one half of a nCloth following one cache and the other half following a different cache.

1. Create two simulations for your cloth sim. Use a copy of the mesh for each sim. If the meshes do not match exactly (same number of vertices) then this method of blending will not work.

In my example I have one wide simulation and one which is narrow. 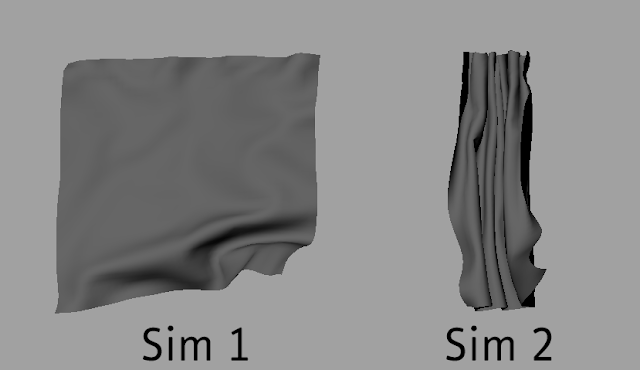 3. Make another copy of the mesh, label it 'blendMesh'

5. In the Blend Shape attributes, set the weights for each input to 1.0 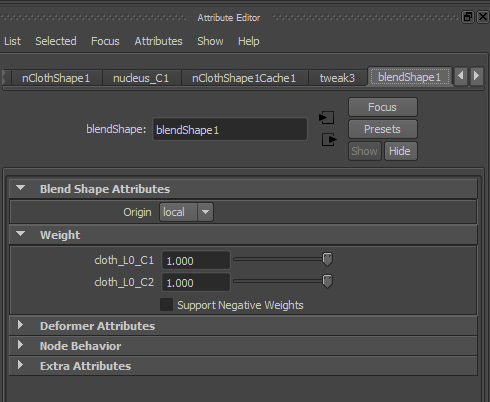 7. I have created some ramps in photoshop and saved them as TIF files. First I created the blengMap_H ramp, then I inverted the image (ctrl-I) which will subtract the value of each pixel from 1.0. That inverted image becomes blendMap_H_inverted. This will ensure that when the two ramps are added together the result will equal 1.0 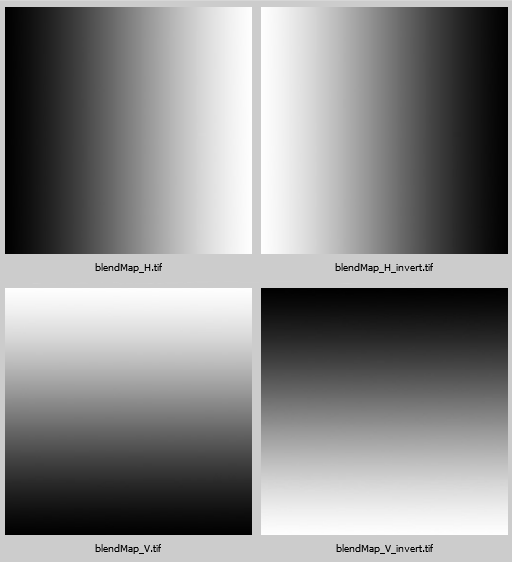 I followed the same procedure to create the vertical ramps. The version of the ramp you need to use will depend on the orientation of your simulations. It's useful to have any combination of ramps saved in a library.

Once the blendMap is assigned to the first target, chose the second target and assign the inverted blendMap to it.

That's it. You should now have a mesh which one end follows one cache and the other end follows a different cache.

Here is one way to set up this systerm.

You should now have a high resolution nCloth which follows a low resolution cloth but has extra details. This process can be applied any number of times, depending on the power of your workstation. 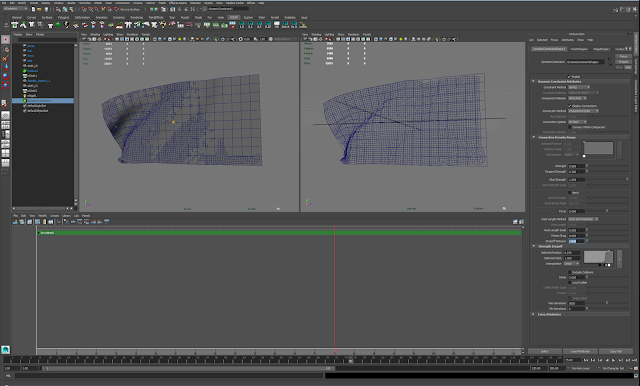 In my example above I have chosen to use a division level of 2 because the original mesh was so low resolution I knew I would require quite a lot more resolution to get more detail.

If you want to create a velocity field from a moving mesh, here is a way to do it: 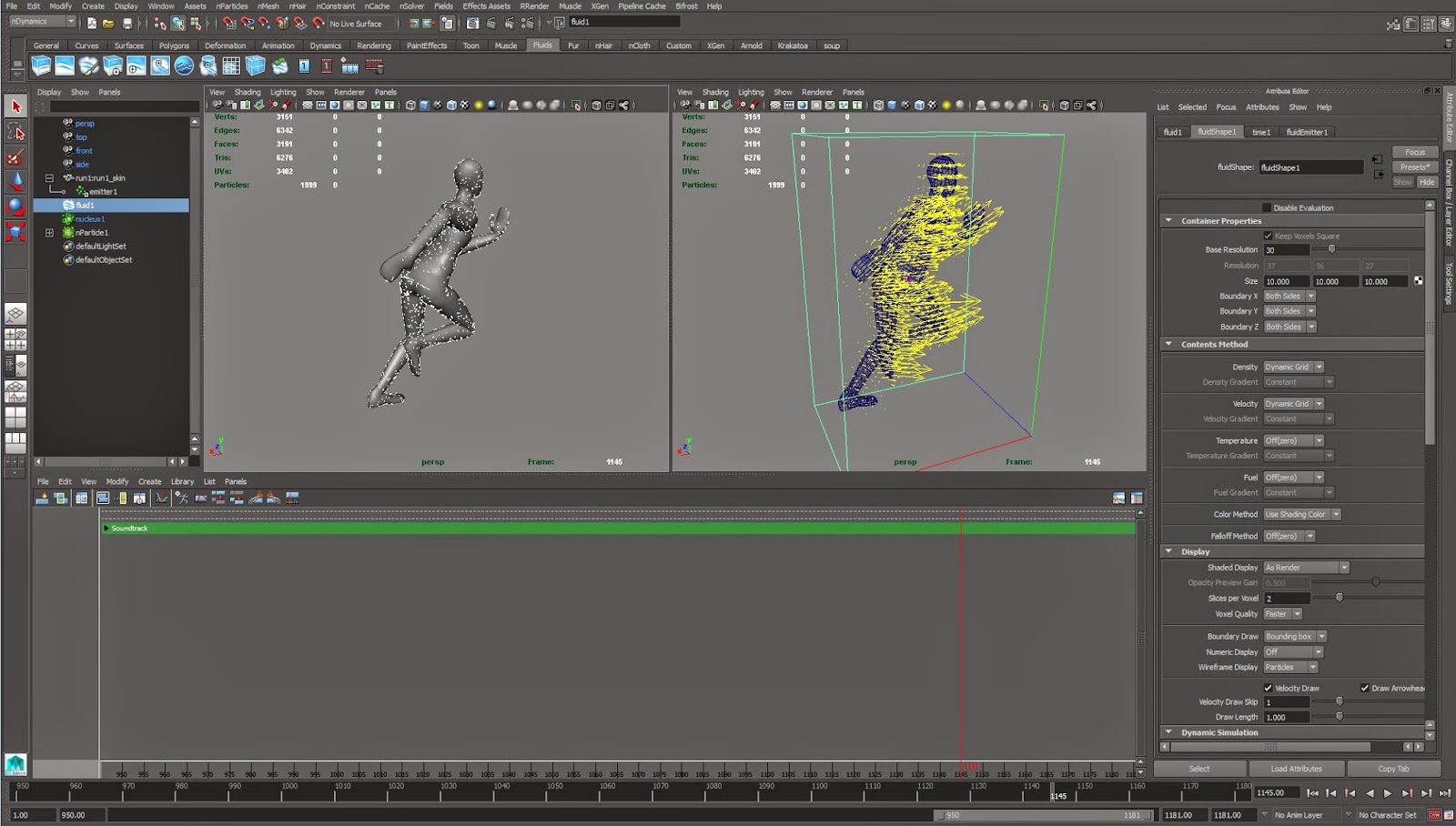 1. With your geometry selected, emit nParticles. 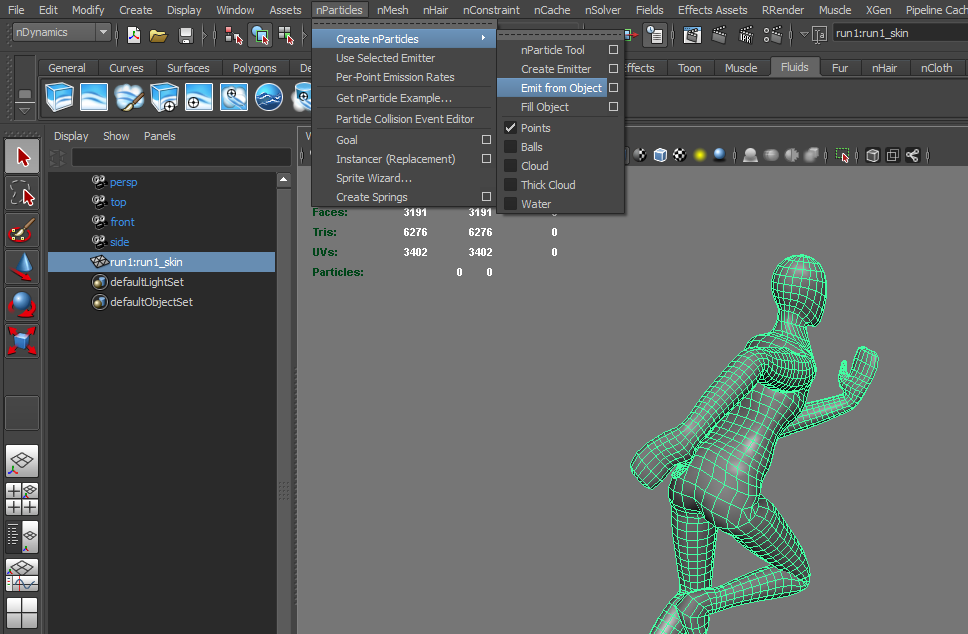 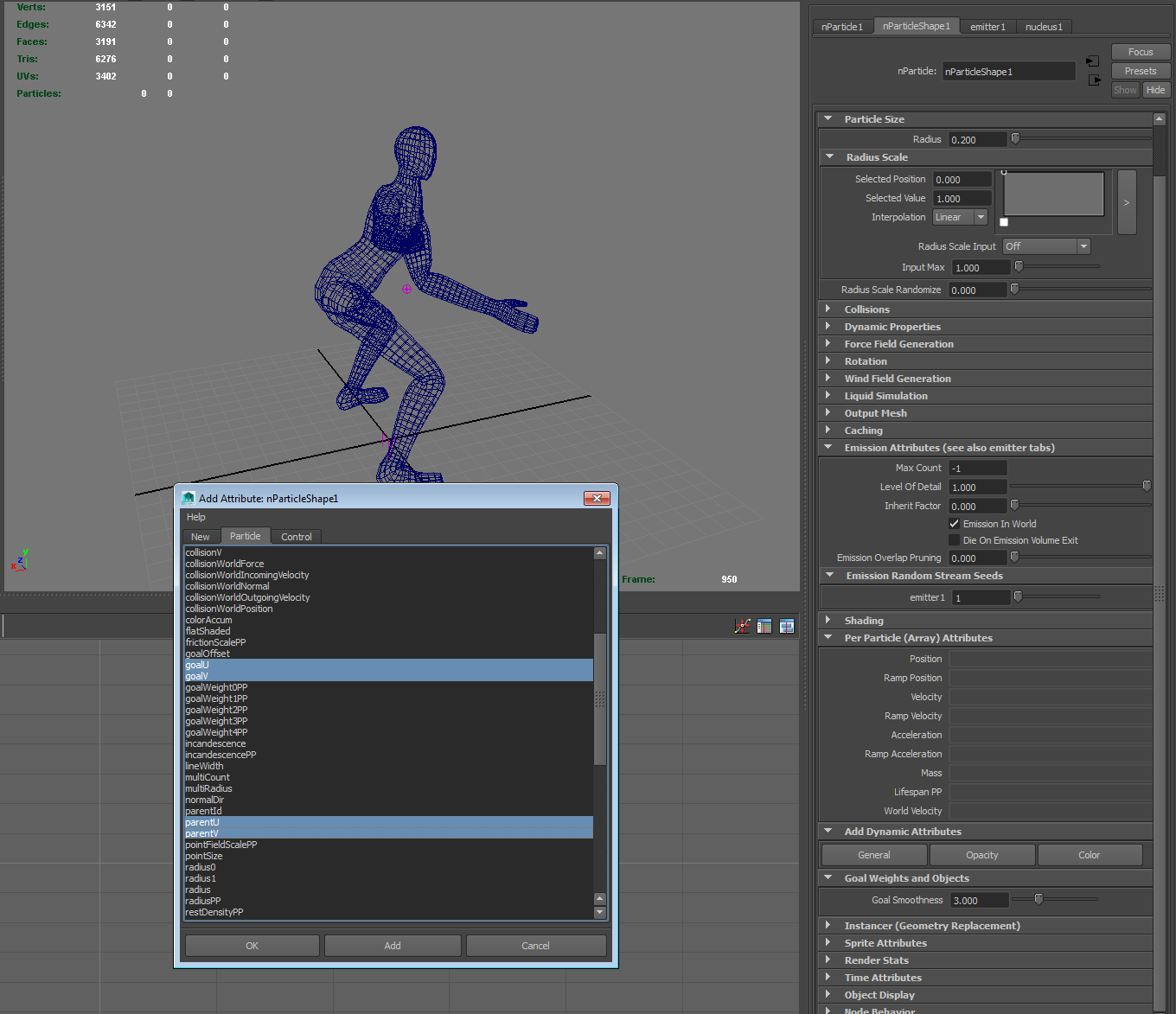 Make a creation expression on the nParticle object: 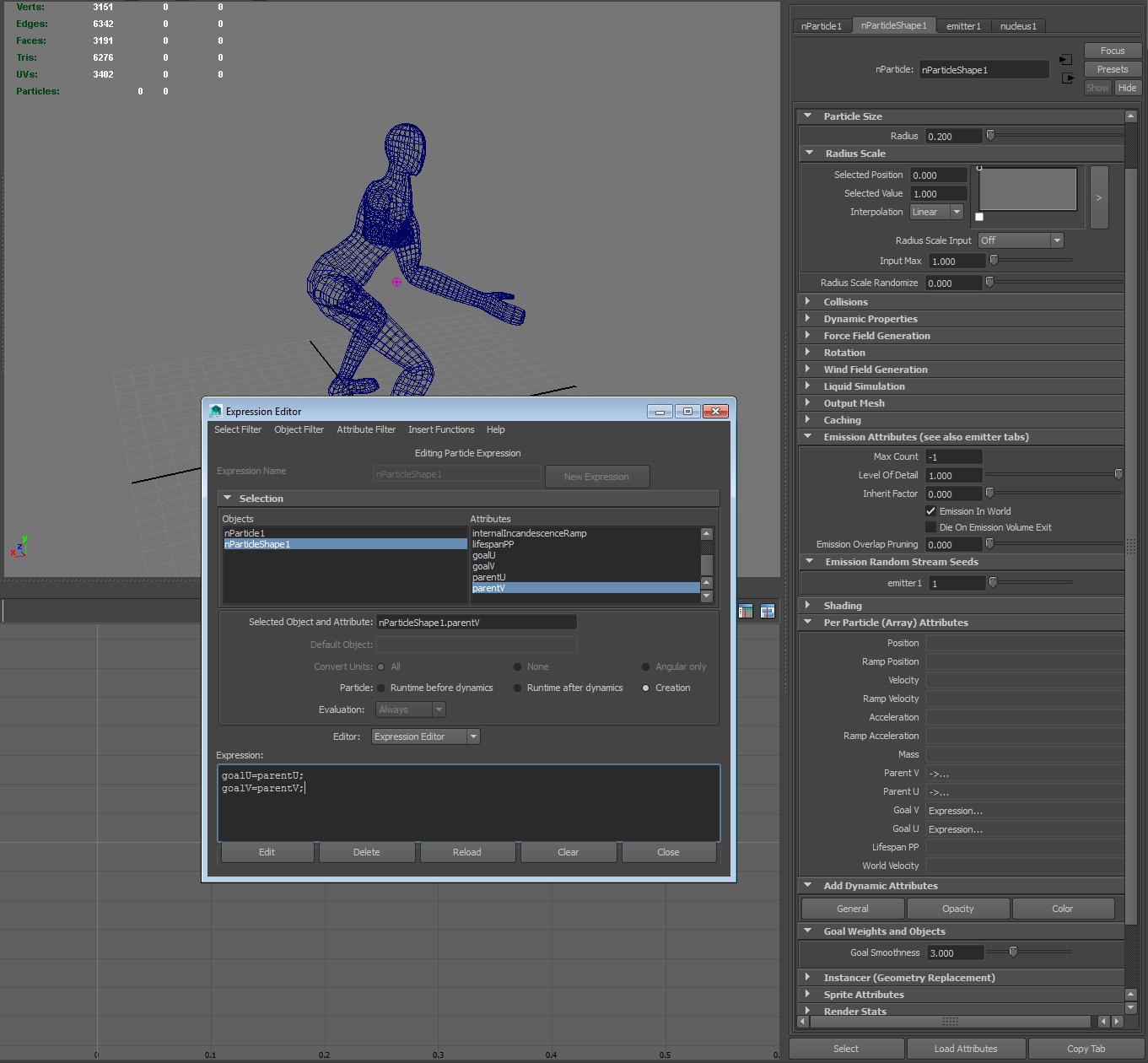 6. Assign the geometry mesh as a goal for the nParticles. Set the Goal Smoothness to 0 and Goal Weight to 1.0 Now you should have some particles sticking to the mesh.

7. Create a fluid container. You can use auto-resize if you want.

8. Select the fluid and the nParticles and create a fluid emitter. 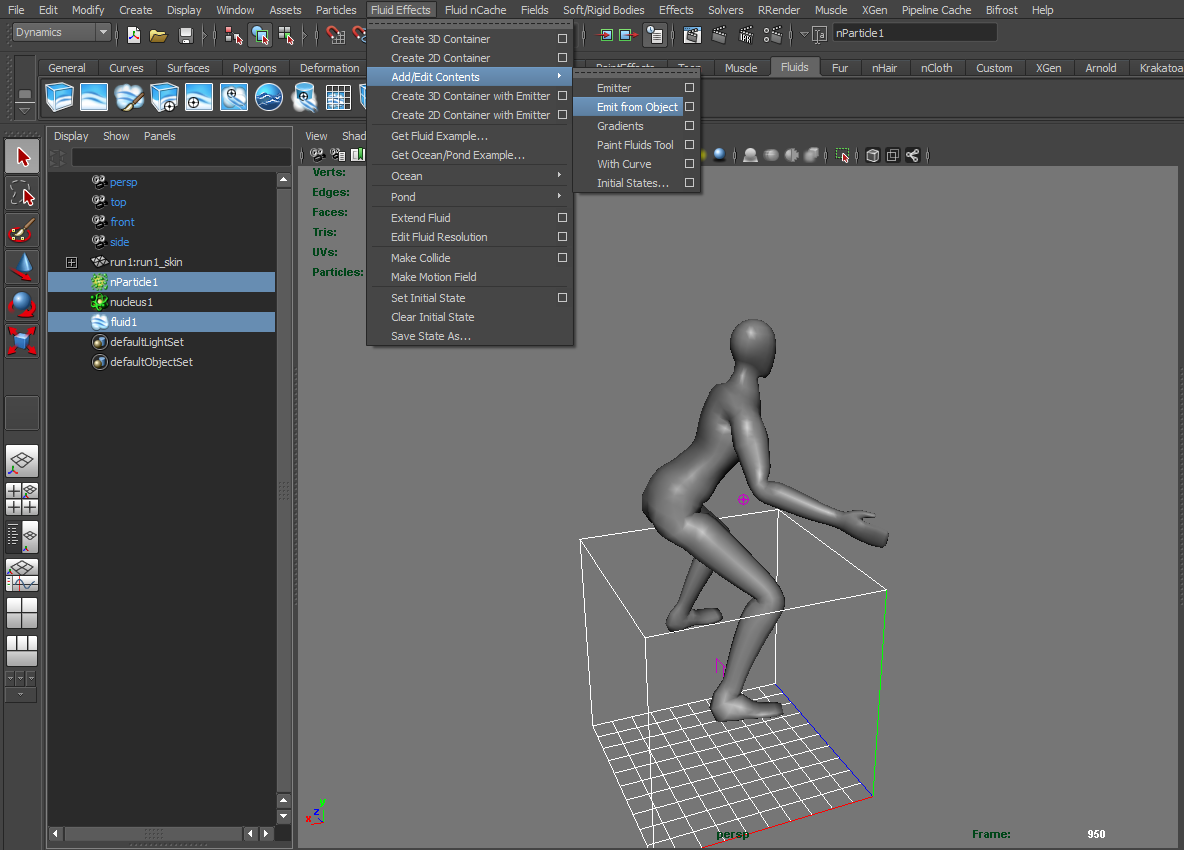 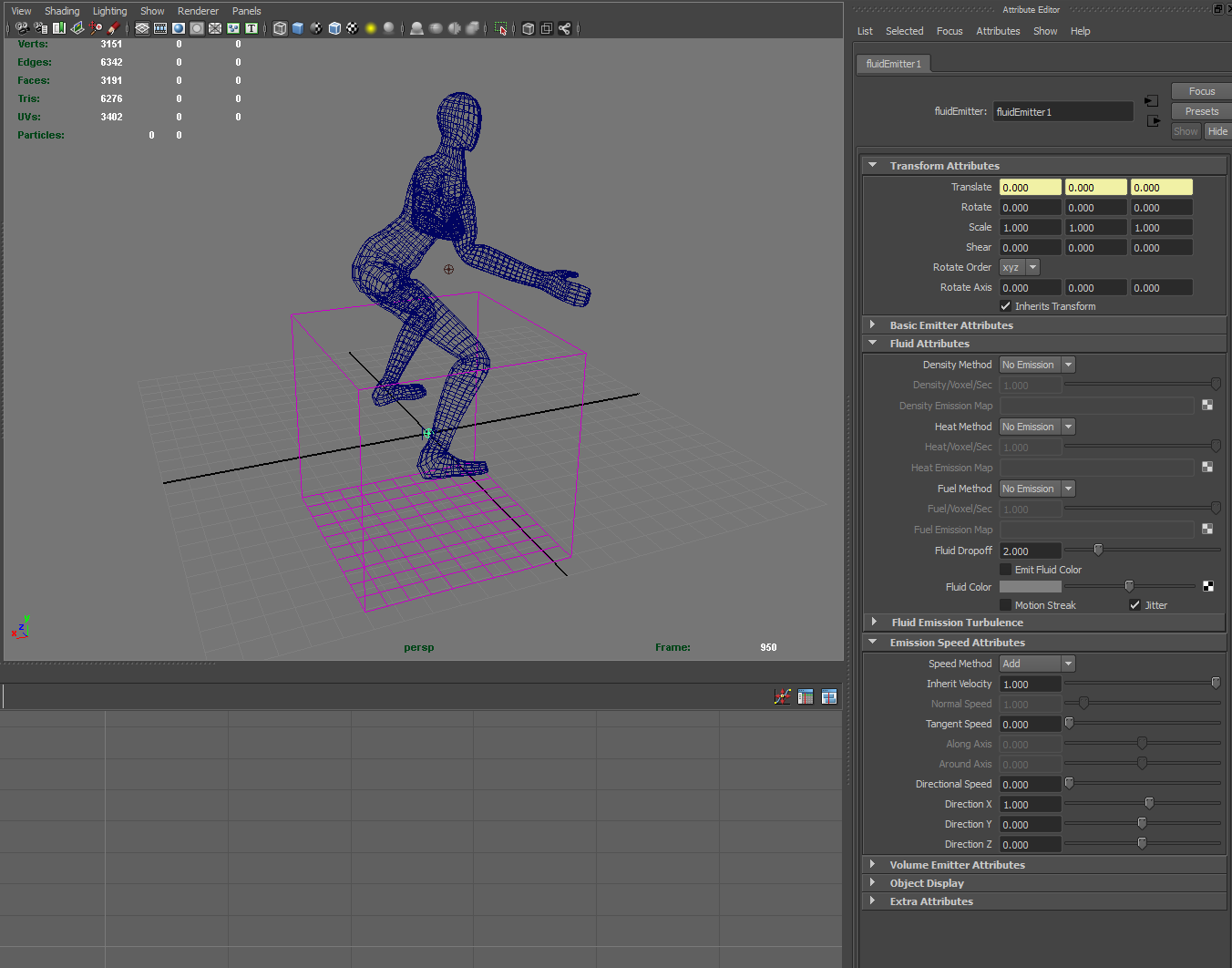 That's it. You should now have the nParticles emitting velocity in the fluid. You can visualise the velocity field with the Velocity Draw option on the Fluid shape node.

You can use the velocities generated by this method to drive other simulations - nCloth, particles or fluids.