After playing a little with Pixar Renderman, I found it laborious to convert images to the .tex format preferred by the renderer.

Here is a super simple one line script to make it as easy as possible to convert image files.

This is a Windows only hack, using the right-click context menu in Windows Explorer.

Open the 'sendTo' folder. Don't know where that is? Don't worry, you don't have to.
Just press 'windows-R' to get the launcher and type 'shell:sendto' 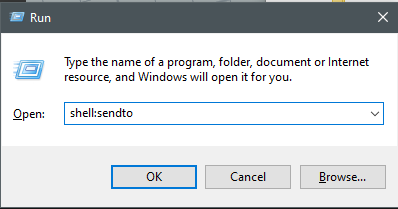 You should see your sendTo folder. Something like this: 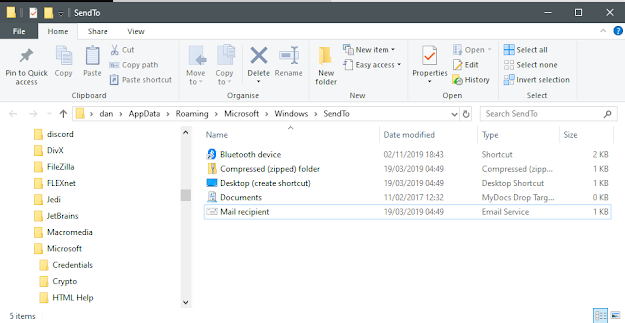 Now, right-click in there and create a new text file. Name the new file 'txmake' or something else if you like.

You have created a .txt file, but we actually need a .bat file. We need to rename the file and give it a new extension.

Here is a quick way to do that: Shift-Right-click on a blank part of the sendTo window. You should see the enhanced version of the right-click menu. 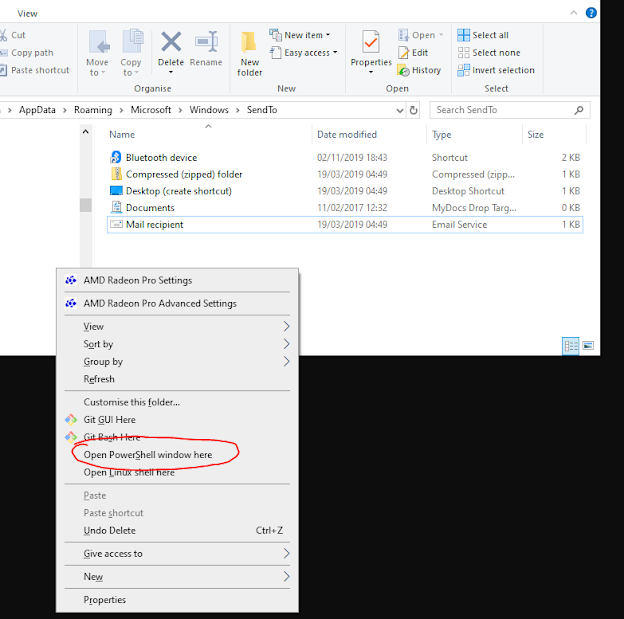 One option you should see is 'Open PowerShell window here'. Clicking that will open a command line window with the current working directory set to the sendTo directory. That's a killer tip by itself!

OK, now we can rename the txt file:


The icon for the txmake file will change to a document with cogs. This is a windows batch file and it is executable.

Right-click the file and select edit. Enter the following lines and save the file.


%1 represents a file dropped onto the batch file.
%~n1 is the file with the extension stripped off the end of the file name

Make sure the path to your Renderman installation is correctly inserted into this script.

Browse to any image file in Windows explorer.
Right-click the image file > send to > txmake 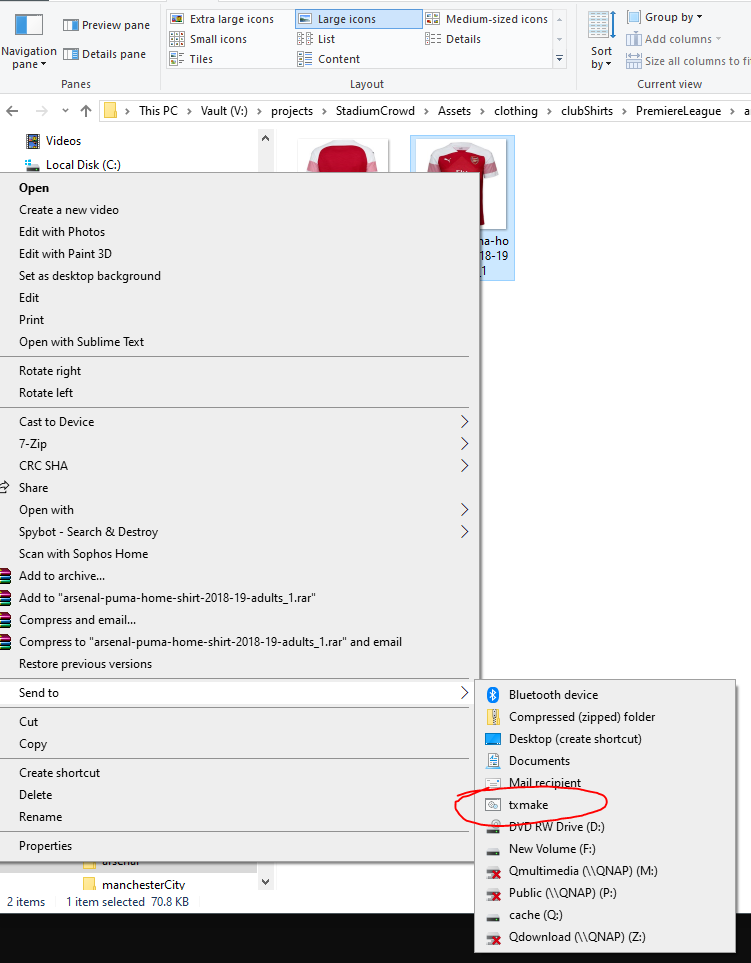 The tex file will be created in the same folder.
Posted by Dan Sidi at 08:25 No comments: 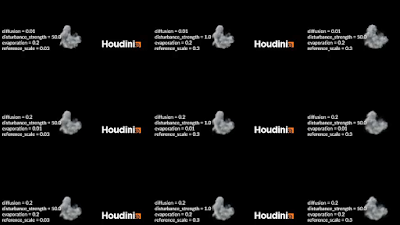 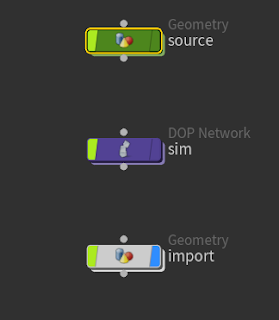 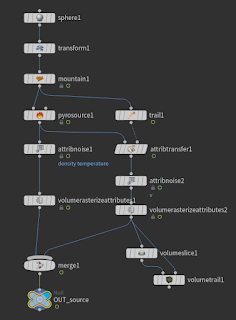 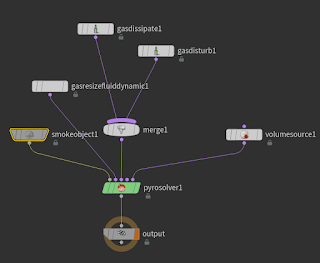 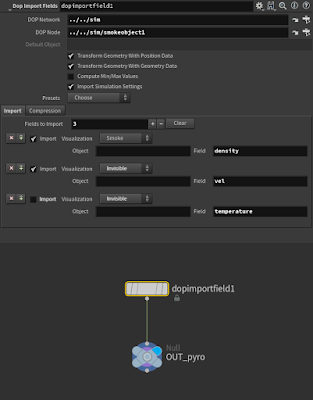 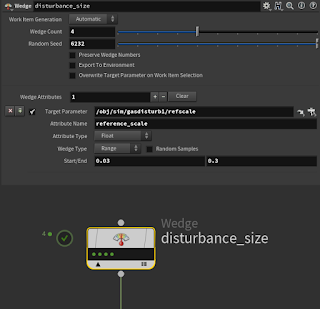 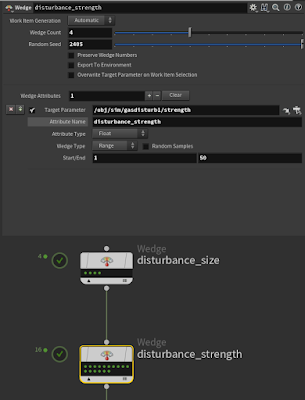 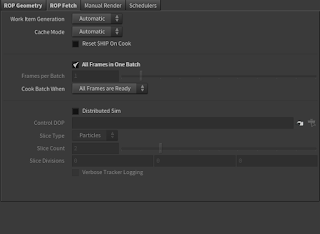 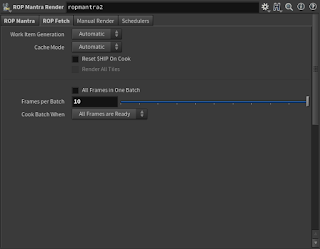 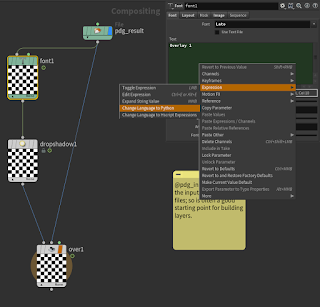 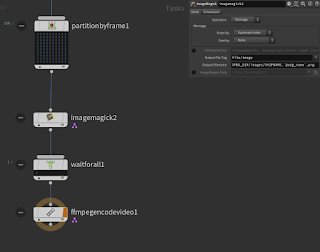 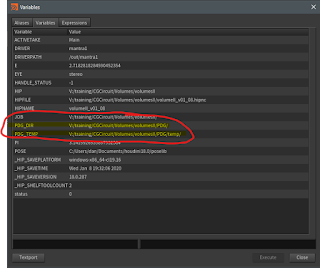 To get the old, deprecated, nodes back, you need to use the Textport. Yes, the Textport!
You always wondered that window was for, well, here is one use for it.


You will see a popup list of classes of nodes appear 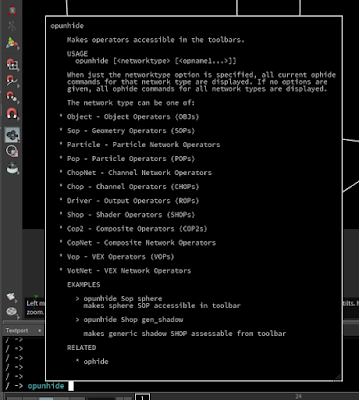 pressing enter now will list every deprecated node - there is a lot of them!

Note: the list in the popup does NOT show the Dop class of nodes. That confused me for a while, but you can still access the old Dop nodes. Here's how:


Now if you press enter, you will get a list of deprecated Dop nodes.

If you want to access the old sourceVolume node, for example, type this in the Textport


Now, in the Dynamics context, you should be able to get a sourceVolume node the old version of the volumeSource node. 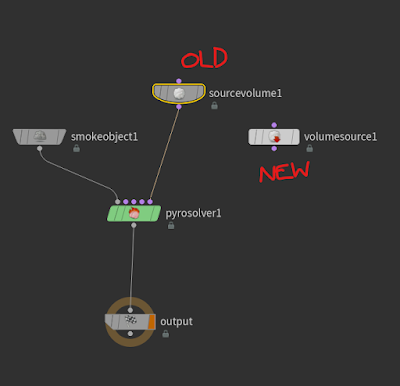