I will show one method of rendering motion vectors for an object which has transparency.

Here is the scenario:

I have some snowflakes which are comprised of simple polygon meshes instanced to some particles.
I have a circular ramp with noise to give the snowflakes a feathered edge. 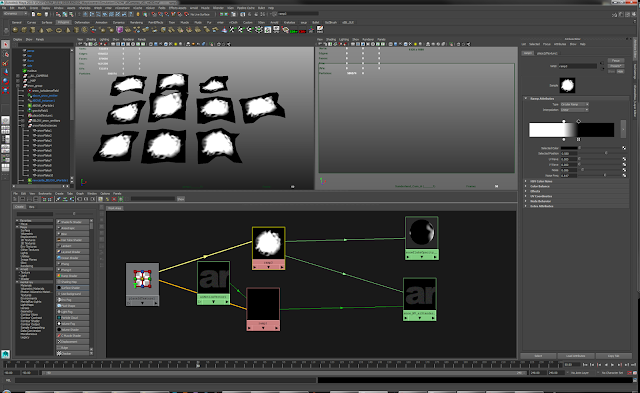 Here is the trick: In the ramp which controls the opacity, replace the white colour with an aiMotionVector node.

Set the output to Raw in the aiMotionVector node. 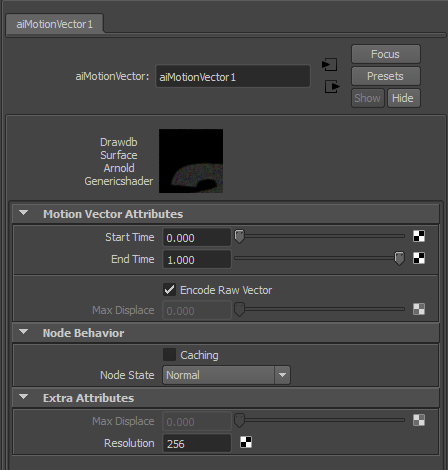 Here is the shader network. 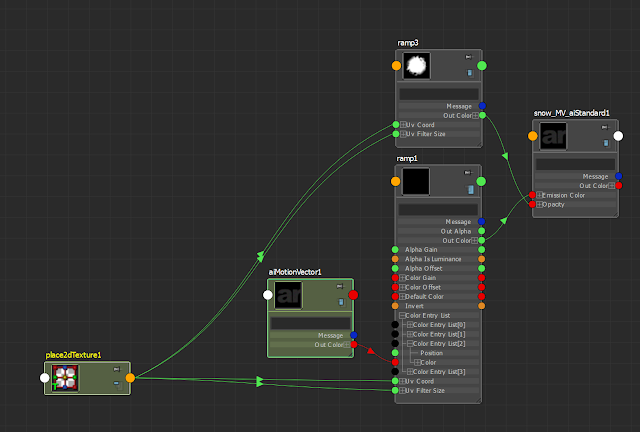 Apply this shader to the snowflakes in a seperate render layer. This will be the motion vector pass

This will give each snowflake an RGB value. 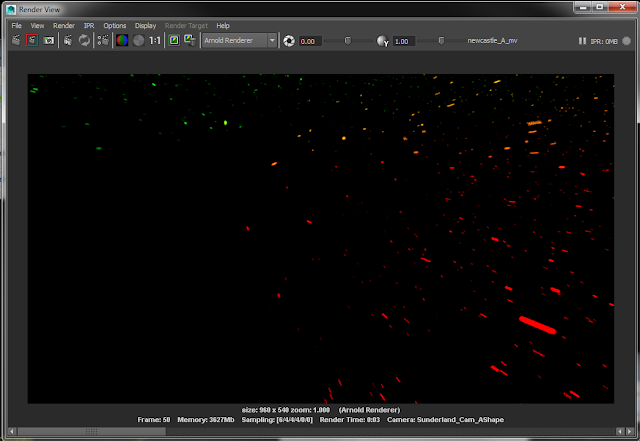 However there is a problem. We do not want the snowflakes to be motion blurred, we just want them to show the motion vectors.

To stop each slowflake being rendered with motion blur, click the Ignore Motion Blur option in the Override tab of the Arnold render settings 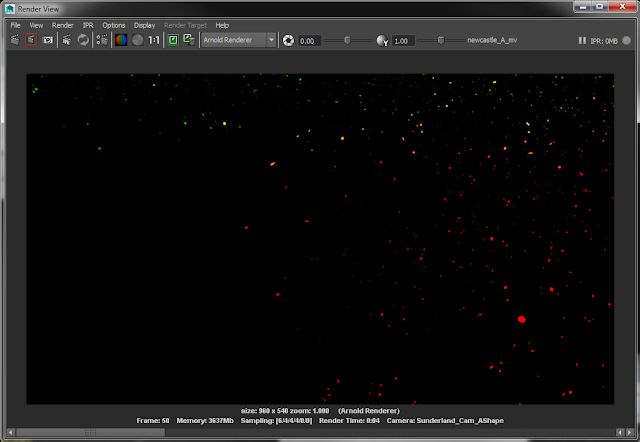 One more problem remains - the position of the particle at the time when motion blur is calculated is not the same as the position of the snowflake when the beauty pass is rendered. To fix this, select Start on Frame in the Motion Blur options in the Arnold render settings.

Load the rendered beauty pass and the motion vector pass. Each snowflake should overlap perfectly (if not, check the Start on Frame option) 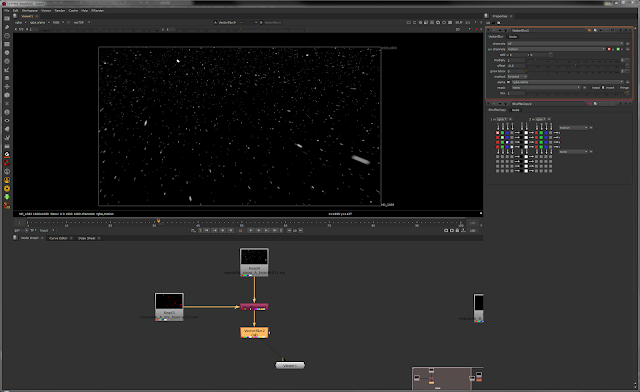 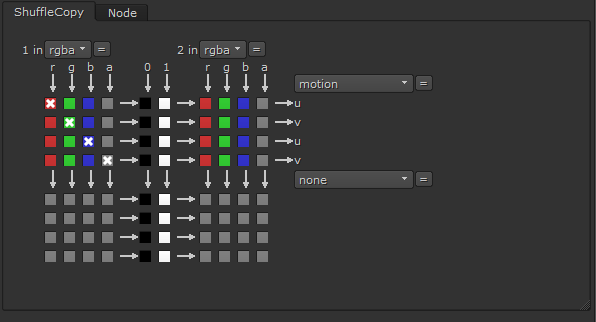 Now use a VectorBlur node to produce the motion blur effect