Here is a technique I have recently picked up from my friend Jay Natrajan.

Houdini allows 'spare inputs' into a SOP node, which lets you reference external data from inside a For Each loop.

For an example, let's say I want to scatter some points around the vertices of a grid. I want a random number of points at a random distance from each vertex. 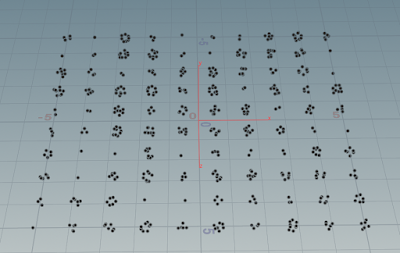 I can create attributes on each vertex to control number of points, radius from vertex and random seed. I can then move that data to the scatter node using Spare Inputs. 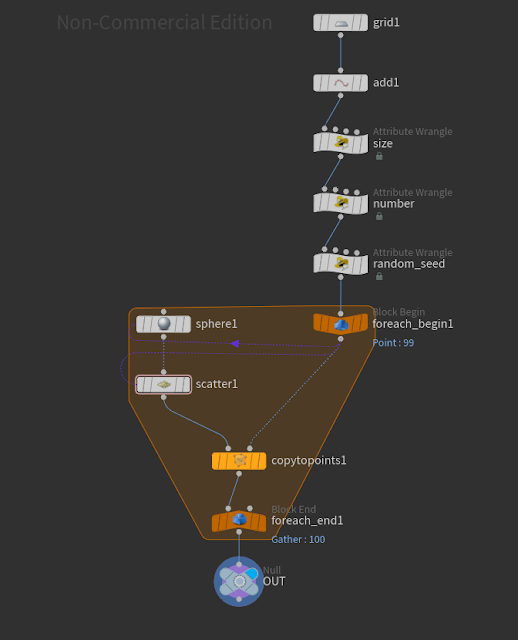 Here I have got three wrangles creating data on each vertex on a grid.


The data created will be different per vertex, because of the rand(@ptnum) function

Inside the loop, on the sphere node, I reference the 'size' attribute to create a different sized sphere on each point on the original grid. To get that data from the loop node into the sphere node, use the Spare Input: 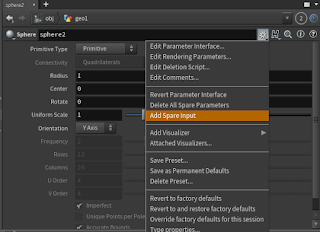 From the config 'cog' menu on the Sphere node, choose 'Add Spare Input'.
This creates a new slot in the Sphere node. Into this slot, drag in the top For Each node from the loop

You will see a purple connecting line in the network graph from the For Each node into the Sphere node. This line indicates that there is a connection into a spare input.

In the Sphere node, I want to look up the 'size' value for each vertex on the grid and use it to scale the sphere. To do this, I use the 'point' function, wth the first parameter being -1, which tells Houdini to look at the first spare input.

Here I am looking at the first spare input, then the first object in that input, then look for the attribute called "size" and choose the 0th component of that value. It's a scalar value, so it just fetches the value


Next, I have used a Scatter node to make some particles inside each of the spheres. The number of particles in each sphere is a random number per vertex, generated by the second of the wrangles.
Again, I created a Spare Input to fetch the data from within the For Each loop. 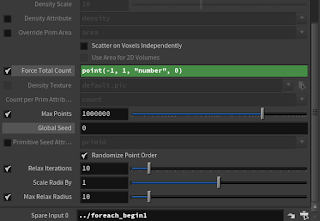 So, I now have a random number of particles created around each vertex of the grid. 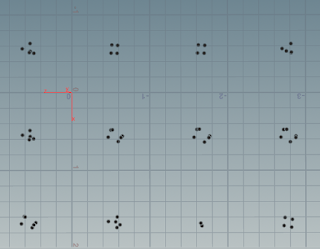 However, you can see that the distribution of particles is repeated for each group. I want each scatter to have a random seed. I can do this with another attribute passed into the Spare Input. I don't need to make a new Spare Input, I can use the same one, but just change the point function: 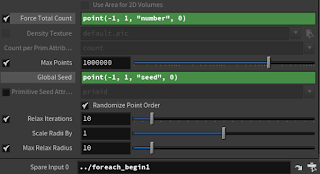 So, it's possible to pull any number of attributes through a single Spare Input.

In this case "seed", "number" and "size" are all passed into the For Each loop via Spare Inputs on the Sphere and Scatter nodes.
Posted by Dan Sidi at 14:31

Email ThisBlogThis!Share to TwitterShare to FacebookShare to Pinterest
Labels: Houdini