Here is a small SOuP technique for producing a plane of particles with a UV gradient on their RGB.

First you need a plane, then emit some particles from that plane. Make sure that the particles have the rgbPP attribute available as we will need to put an expression on it. 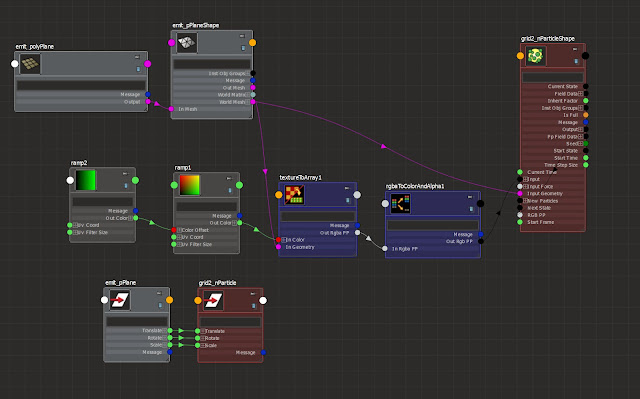 
Rewind and step forward one frame so that the particles are emitted. Then set their initial state and disconnect the emitter and the connection between polyPlaneShape.worldMesh[0] --> nParticleShape.inputGeometry 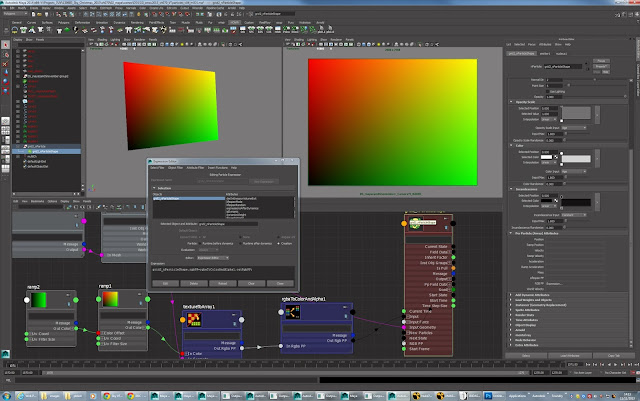 The particles will now be dynamic again.


In Nuke, plug in your rendered particles into the STMap node as shown in the image below 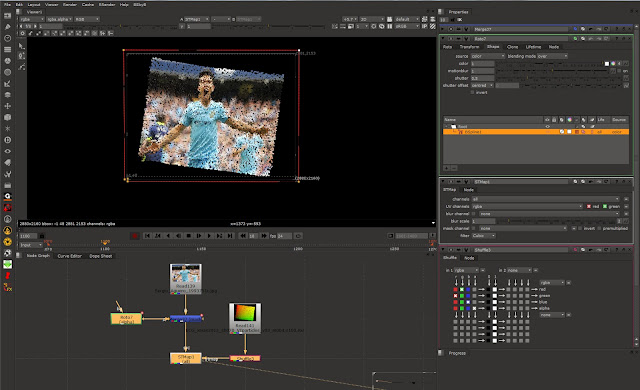